The Seventh Edition of The Challenge of Democracy maintains the framework that explores two themes: freedom, order, and equality as political values; and the majoritarianism vs. pluralism debate, but also examines the impact that globalization has on the American political system. In the Post 9/11 Update, the authors examine the September 11 attacks and their impact on American politics. These updates will reflect the thematic framework of the text and be integrated throughout this updated version. In-text icons integrate the Real Deal UpGrade CD-ROM with the text and internet exercises.Politics in a Changing World boxed features appear in every other chapter and highlight how American politics affect the world and how the world's politics affect the United States.Can You Explain Why? features challenge students to use critical-thinking skills to explain a political paradox.Politics in a Changing America features highlight changes in the political opportunity and participation of minority groups.Compared with What boxes ask students to evaluate facets of the American political system in relation to those of other countries.

Editorial Reviews
About the Author

Kenneth Janda (Ph.D., Indiana, 1961) is the Payson S. Wild Professor Emeritus of Political Science at Northwestern University. He has published extensively in the areas of political science, research methodology, and the use of computer technology in political science. In 2000 he won the Samuel Eldersveld Lifetime Achievement Award from the Political Organizations and Parties Section of the American Political Science Association. In 2009 he received the APSA's Frank J. Goodnow Award for distinguished service to the profession and the Association.

Jeffrey M. Berry is Professor of Political Science at Tufts University, where he has taught since receiving his doctorate from Johns Hopkins University in 1974. He did his undergraduate work at the University of California, Berkeley. His work includes "The Interest Group Society, (3rd ed., Longman, 1997) and "The Rebirth of American Democracy, with Kent Portney and Ken Thomson (Brookings, 1993), which won the APSA' s Gladys Kammerer Award for the best book on American politics. His most recent book is "The New Liberalism: The Rising Power of Citizen Groups (Brookings, 1999).

Jerry Goldman (Ph.D., Johns Hopkins, 1974) is professor emeritus of political science at Northwestern University and research professor of law at IIT Chicago-Kent College of Law. His research interests are judicial politics, constitutional law, and information technology and politics. He is the founder and director of Oyez, a multimedia judicial archive at IIT Chicago-Kent College of Law. He has received many awards, including the American Bar Foundation's Silver Gavel for increasing the public's understanding of law, the Roman and Littlefield Prize for Teaching Innovation, and the first APSA CQ Press Award for Teaching Innovation. --This text refers to an alternate Hardcover edition.
Berry (Author), Jerry Goldman (Author) 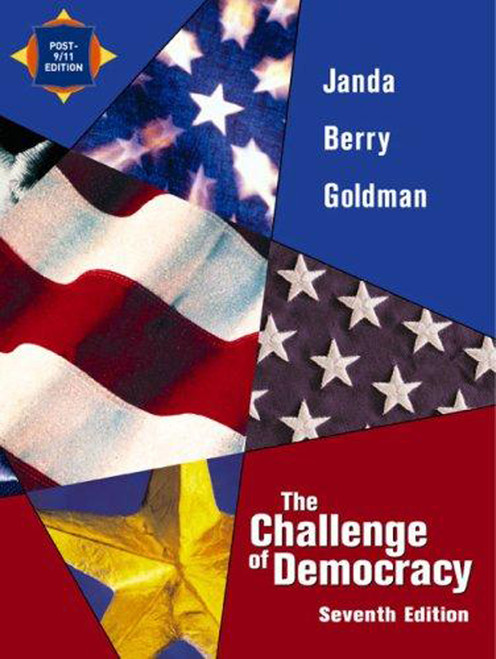