Out of Ashes chronicles the history of the urban poor in America while exploring their current needs as well as their future hopes. Author Keith Phillips believes that the Holy Spirit is still seeking to empower the poor of our cities so they will become a significant part of the body of Christ, even as they were in the first century when the gospel spread like a fire through needy areas of Africa, Asia and Europe.

Phillips teaches in a practical fashion about how poor, middle-class and upper-middle class Christians, regardless of their race, can bridge racial, class and cultural divides to unite as one in Christ.

Keith Phillips is president of World Impact, a nationwide, interdenominational discipling and church-planting ministry in America s inner cities. He first began sharing the love of God in the inner city of Los Angeles shortly before the 1965 Watts riots. For more than 30 years World Impact missionaries have shared Christ's love in U.S. cities. --Foursquare News

Dr. Keith Phillips is President of World Impact, a Christian missions organization dedicated to ministering God s love to the inner cities of America. He is a dynamic Christian leader and a forceful, thought-provoking speaker who has appeared on The 700 Club, the Trinity Broadcasting Network, and Focus on the Family. He is a Conference Speaker with Promise Keepers.

Dr. Phillips is the author of They Dare to Love the Ghetto, The Making of a Disciple, and No Quick Fix.

For 42 years, Keith has ministered to people from all walks of life. For six years, he served as a club director for Los Angeles Youth for Christ. He currently supervises World Impact s inner-city ministries in 10 cities and four camps.

A nationally-recognized authority on inner-city ministries, Dr. Phillips serves on the Board of the Christian Community Development Association. A distinguished and inspiring speaker, he delivered the Commencement Address to the 1969 and 1991 graduating classes of Tabor College in Hillsboro, Kansas, the 1990 graduating class of John Brown University in Siloam Springs, Arkansas, and the 2002 graduating class of Sterling College in Sterling, Kansas.

Keith is the youngest son of Dr. Frank C. Phillips, a founder of Youth for Christ International (YFC), who, for 12 years, directed YFC in Portland, Oregon, and later co-founded World Vision International. Keith was ordained to the Gospel ministry at the First Baptist Church of Van Nuys and is listed in Who s Who in Religion, Who s Who in the West, and Who s Who in America. He is Chairman of the Los Angeles Mayor s Prayer Breakfast. Keith lives in Los Angeles with his wife, Katie. They have three sons, Joshua, Paul and David; and six grandchildren, Nicholas, Jack, Olivia, Luke, Katie and Matthew. 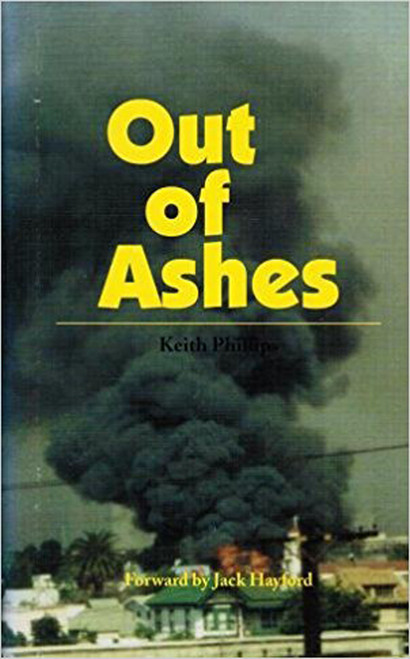